Welcome to series 1 of the Walking Sports Vintage Players.

If you would like to join them and become part of this gallery series, appear in a unique old fashioned cigarette style playing card, ORDER YOURS TODAY HERE 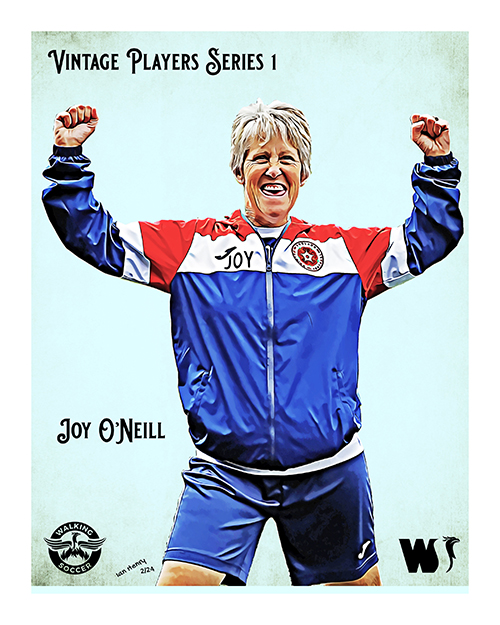 Great passer of ball to feet.

3 Nations in Łódź against Poland & Sweden. 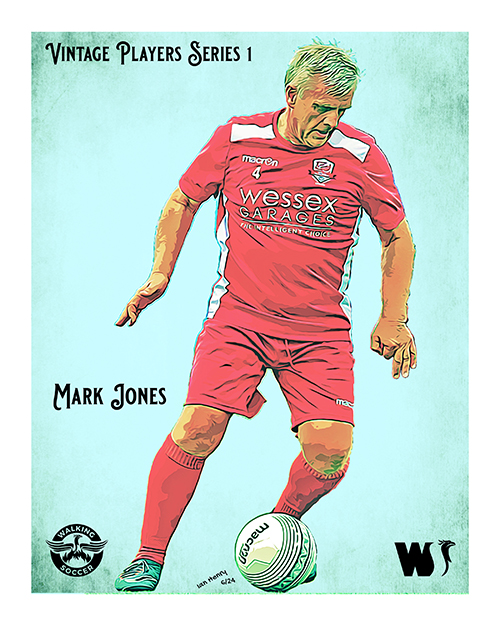 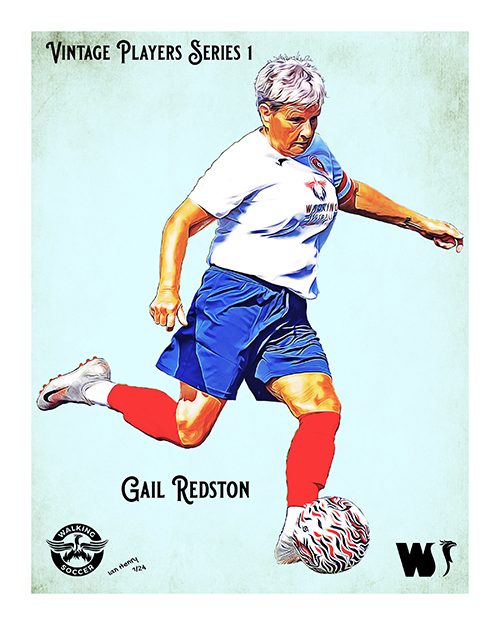 Played football all my life.

Signed for Manchester City ladies in 1988/2002. Played for many lower league clubs till 2019. Started playing walking football in2019 for ( City in the community). Also for Droylsden Town WWF.

First Women’s player to score for the EWFC. Against Wales 2019. 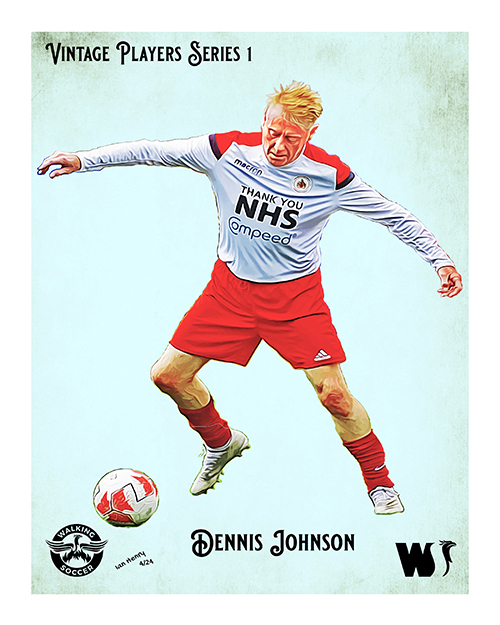 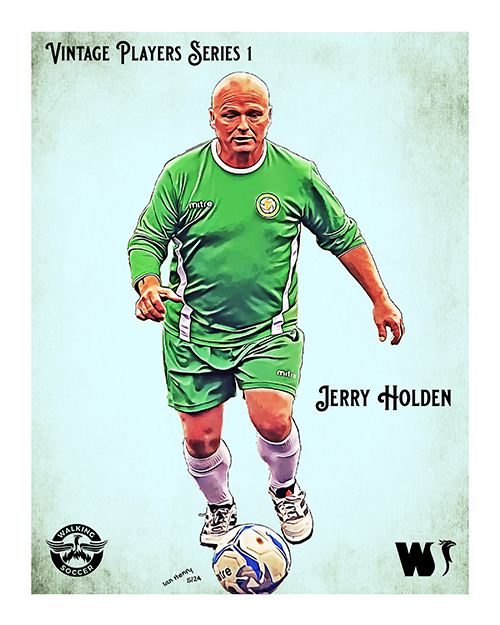 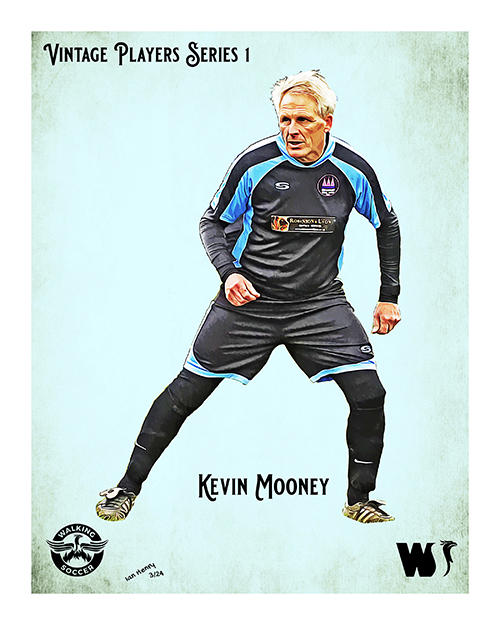 Football has been and still is the most important factor in the whole of my life. I play 3 or 4 times a week walking football and 11 a side football. !n 1979 I was playing for Bangor City and I was sold to Bury football club for £8000.00, I left Bury in 1980 and played in Sweden for a team called Karlskrona. I came back to England in 1981 and signed for Telford United, I was only there a few months, and I was sold to Tranmere Rovers in 1982. I absolutely hated playing there, the manager was a bully and if he was around now he would get sacked and face prosecution-he absolutely drained my confidence out of me, I was honestly scared to touch the ball. So we played a home evening game at Tranmere in 1982 and I approached one of the clubs directors, who was also the MD of a construction company and asked if he could game give me a job as I hated the manager/environment that I was in.

I met him a couple of days later and at the age of 24 he offered me a site managers job and I had said to him that I had no qualifications whatsoever, how on earth can I be offered the job-he said you can get them. Thereafter I got an ONC, HNC, HND and a BSc and got a distinction. I left Tranmere and I was signed by Stafford Rangers because a pervious manager I played for at Bangor was the manager there. I played about 6 games for Stafford Rangers and the manager made me the club captain, he always said to me that I was a leader and he saw that within me. We then won 2 cups and got promoted into the conference and I was awarded player of the season by supporters and players. I clearly always had it within me to be a leader, but it took one person to unlock that within me. Thereafter I went back to Bangor City and I was again captain, won player of the year 2 years running and then became player manager. I suffered an horrendous injury, a dislocated fracture to my right ankle. I was told by a consultant my playing career was over and I would not be able to play again. I approached one of my friends who knew the physio at Everton, a guy called John Clinkard, I owe that man so much. He said I could play, gave me the innersoles of his shoes because I had flat feet and said it will hurt when you play but you have a good chance if you want it to happen. I am still playing now with the plate in my right ankle 36 years ago it is still fine. After Bangor I left and went to Southport again, I was captain and we got promoted into the conference and again I got supporters player and players player of the season.

I then decided to set up my own business when I finished football, which hampered me football wise. I could have gotten a managerial job given my football pedigree, but I had to focus on my business. So after 10 years of my successful business, during that period I was the President of the National Federation of Builders. I then sold it to a billion-pound company called Rok. I was there for 4 years, and they went bust which cost me best part of 1.3 million because the shares were liquidated. So after that I have had a tough life. I have had senior MD roles etc, but my short-term memory is not the best to be honest, especially with spreadsheets etc. So I will get to the point I speak to so many people who are x footballers both professionally and semi pros, they are in a tough period of their lives and they really open up to me. I am and have always been a people person and that’s why people come to me because I genuinely do care about them even if I don’t know them. I often place posts telling people who are struggling to contact me and I will go and see them to make sure that they do not do anything detrimental to them or their families.
When I was 60 I was asked to play walking football, I watched it on you tube and it looked absolutely dreadful, even my wife said you surely don’t want to play that if you can still play 11 a side football. However, I have combined it playing alongside my 11 a side football. Some of my friends and just people whom I know or don’t know, i ask them to come along to the walking football because they can play it without having to train etc, its all about Banta, having a drink afterwards etc etc, Its changed their lives completely. I am also involved with a team that relates to people, whom have had a heart attack’s or Parkinson’s disease and so many people who have just sat at home being miserable are now playing the game that they love it. It is just an unbelievable experience to see them playing, having a drink afterwards instead of sitting alone at home-it is so inspiring believe me.

From a personal perspective I play for a team called Kingsmead who are based in Manchester. I play for the over 60s, since I have been there, we have been promoted from division 2 to 1 in the Heywood league, last year we got to the final of the National Cup and were beat in the Final. We also won a couple of tournaments as well. We have a terrific over 60s team and I am proud to be a part of the team. I was originally asked to play for England Walking Football and played a few games, however I decided that I wanted to play for the England Walking Football Community.

Do you have a favourite photo of yourself, a friend or a family member on the pitch in action or perhaps receiving a medal / trophy. Then read on…

We can transform your favourite photo in to something unique.

You create the memories, we help you relive them forever!

Styled as vintage players cigarette cards, there will only be 24 players per series.

A perfect piece of Walking Sports family memorabilia, for Christmas, a birthday or special occasion, for Mum, Dad, Nanny, Grandad, your children or a treat for your playing self.

You create the memories, we help you relive them forever!

By having your image, each card will be unique and custom designed just for you!

Your treat or gift for someone will be the perfect memory to hand down your future family tree.