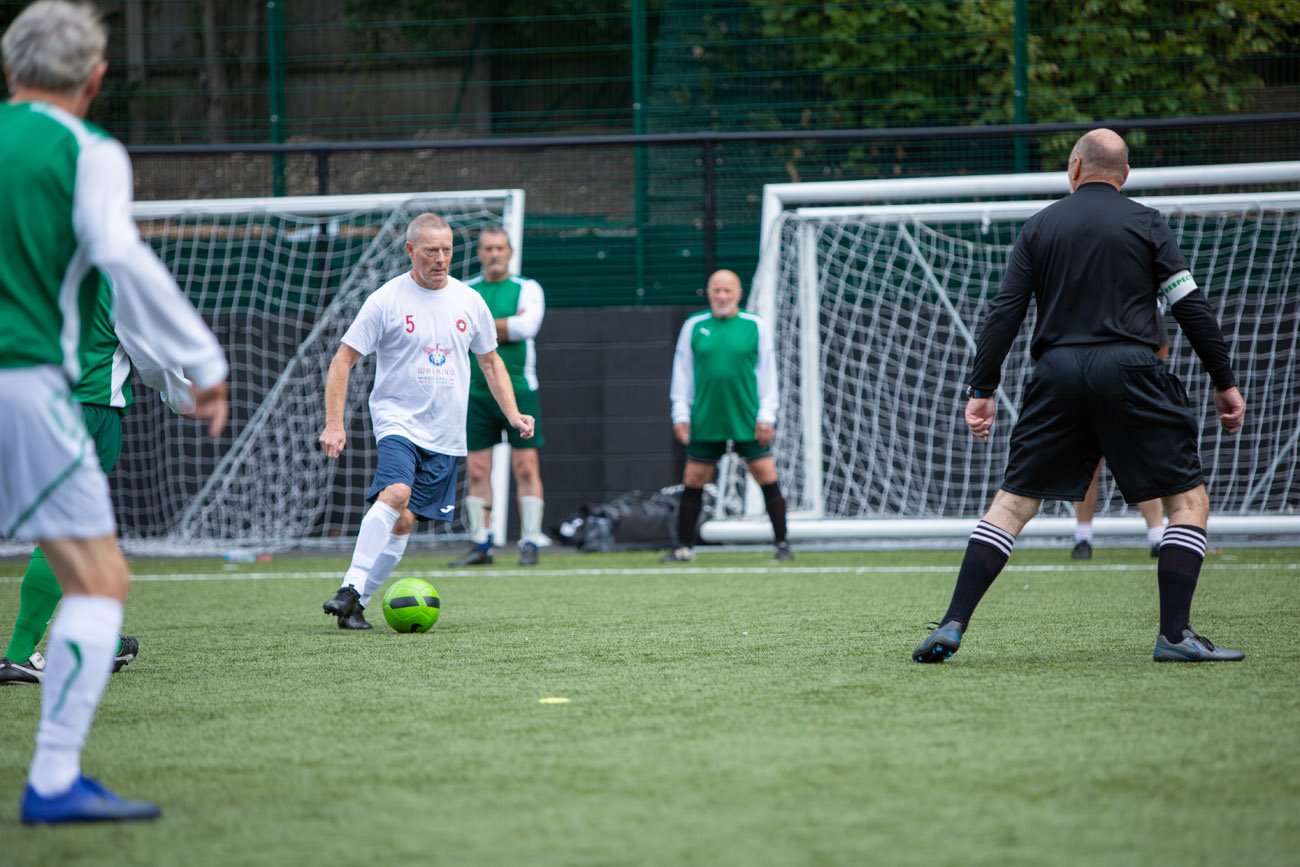 What Is Walking Football?

Home » What Is Walking Football?

What Is Walking Football?

What Is Walking Football? It is she first and currently largest of all Walking Sports.

Walking Football is now a globally adopted and played sport worldwide. It was devised as a competitive senior sport by John Croot of Chesterfield FC in it’s modern format. History shows possibly the first competition game was played in Derby at the old Baseball Ground on May 14th 1932. This match was between Derby Railway Veterans and Crewe Railway Veterans.

The FA are the National Governing Body in England for this version of Football. Wales and Scotland are developing their own independent bodies.

Like many Walking Sports, it can be played both indoors and outdoors by both men and women.

You will be able to find out which clubs and sessions are suitable for you in our directory section on this website here: Walking Football Near Me

Use our search system to refine down to your current location to find the Walking Football sessions near you.

We also have a shop offering clothing items for fans of the game here:
Walking Sports Shop | Football

The game has spread across the globe and is now played worldwide. Variations of the rules exist in different countries. For example in Holland they play without goalkeepers whilst in Scotland they play with a 3 touch rule.

Games very from recreational relaxed paced sessions right up to competitive international ones. In England there is an organisation called the EWFC (England Walking Football Community) where players can attend trials to represent their country.

The EWFC Mission statement is, “To be a motivational, professional and inclusive organisation providing advice and guidance to all England Managers and Players, giving a diversity of players the opportunity to represent their Country and wear the England shirt at Internationals both, home and abroad”